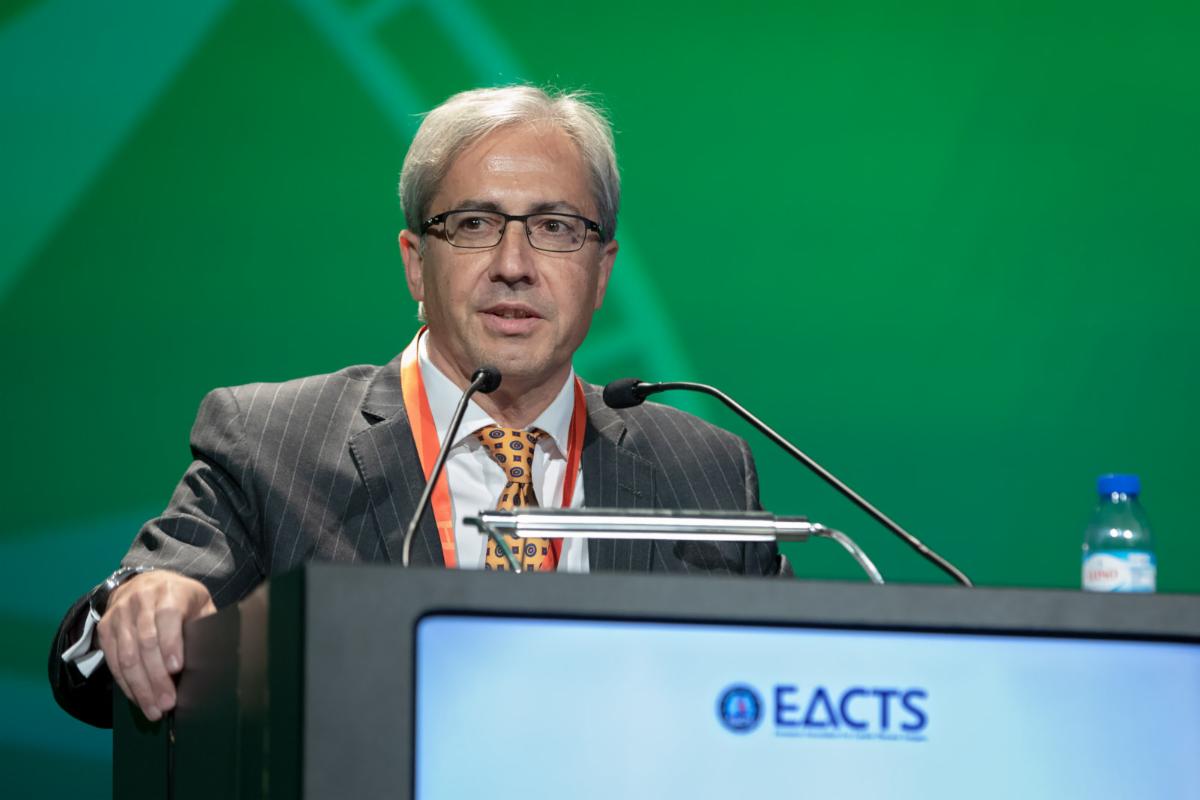 We are very sad to learn of the untimely death of Domenico Pagano. As Secretary General of EACTS from 2017 to 2020, Domenico set about modernising the Association and ensuring the surgical voice was heard loud and clear. At the very successful 33rd EACTS Annual Meeting in 2019, he attracted global experts to update delegates on the very latest clinical trial data. Domenico was not only a first class surgeon, he was also a passionate advocate for the fair representation of the merits of cardiothoracic surgery and recent joint statements and collaborations with other societies are a testament to his work. In 2020, Domenico was invited to give the prestigious Thomas B Ferguson Lecture at the Society of Thoracic Surgeons 56th Annual Meeting in New Orleans. The subject he chose was close to his heart: data, evidence and transparency. The title of his lecture, MEGA – Make Evidence Great Again, an indication of his sense of humour and political awareness. His passion for cardiothoracic surgery and dedication to ensuring the best outcomes for patients were evident in his surgical practice at the Queen Elizabeth Hospital in Birmingham and from his speeches, and the work he led at EACTS. Many colleagues will remember his commitment to mentoring less experienced surgeons, helping them become great masters and leaders. His legacy lives on.

Domenico will be hugely missed by everyone in the cardiothoracic surgical community. Our thoughts are with his partner and family, and his colleagues in Birmingham, Italy and around the world. 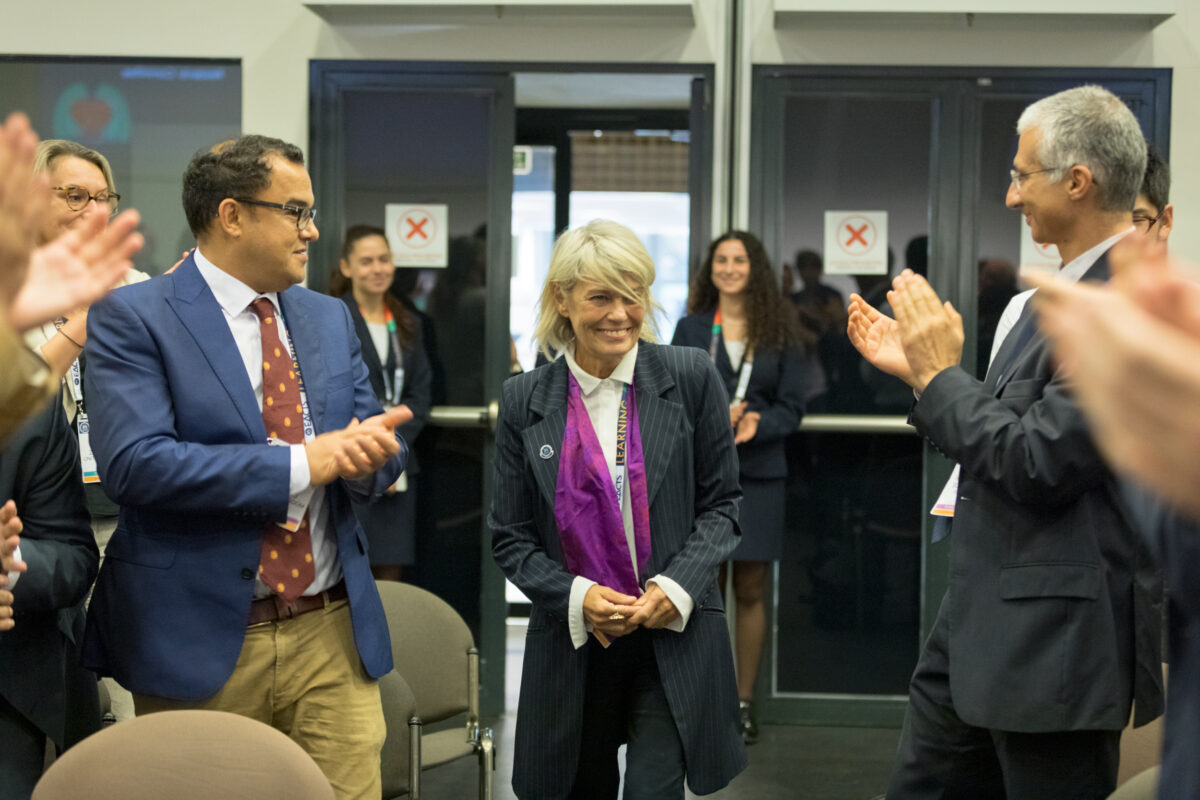 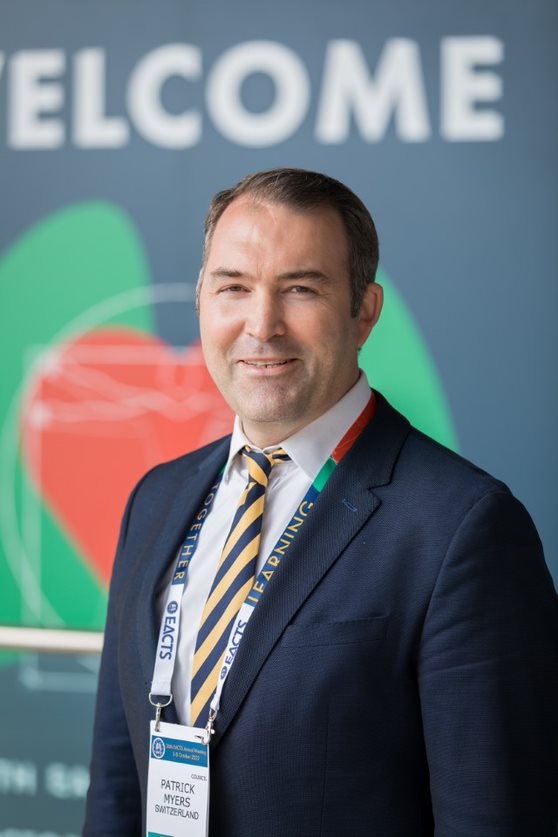 We are delighted to welcome new Officers and Councillors to the EACTS Council following yesterday’s EACTS General Assembly.

The following positions were announced

“For me it is a great honour to become Vice President of this society. EACTS was the first scientific society that I joined – back in 1998. I am looking forward to promoting EACTS membership, including to thoracic surgeons, to highlight the importance of supporting women and men into leadership roles, and making EACTS a home for technological advances and innovation.”

“I am delighted to be leading the Acquired Cardiac Disease Domain and to have the privilege of working with a huge array of experts. It’s an enormous domain with multiple task forces all working to push the boundaries in our specialty as we strive to always improve outcomes for our patients.”

“Education is at the heart of our work and, as Chair of the Education Committee, I am focused on delivering meaningful learning opportunities for our members that enhance skills and expertise to improve clinical practice. EACTS offers our members the very latest science, hands on training and high quality learning from global experts.”

“It’s a great honour and privilege to be part of the Residents Committee. I never thought when I joined a few years ago that I would be in this position. The position comes with great responsibility, but I am blessed to be working with such a great team.

“We are driving towards increasing the exposure Residents get in EACTS – something that EACTS are supporting us with. Looking to the future, we will be supporting Residents from all over the world, including them in EACTS and demonstrating that we are there for them, we are there to support their training and are open to their ideas.”

EACTS Council is the decision-making body of EACTS. The Council is responsible for ensuring EACTS complies with its governing document, relevant legislation and best practice guidelines. Members of the EACTS Council have an active role in providing strategic direction to EACTS and setting overall policy and targets. Councillors serve a set term (normally of up to three years).

We would like to thank the following outgoing Officers and Councillors for their hard work and valued contribution to our organisation. 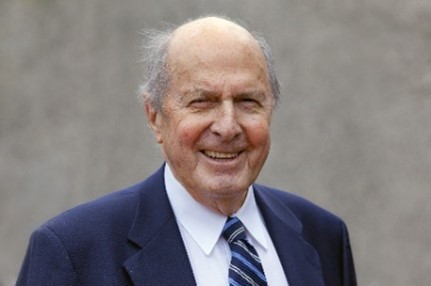 Dr Hans Georg Borst died on 8 September 2022, aged 94.  As President of EACTS in 1995, he addressed the Annual Meeting in Paris on the topic: “A European surgeon´s odyssey” (1). This characterises both his academic life and his devotion to his mother continent. It also reflects Hans´ intense desire for international partnership, far beyond cardiothoracic surgery. Like Odysseus, he did not trust in travelling alone. To strengthen his new discipline, cardiothoracic surgery, he founded two scientific societies together with peers: the German DGTHG in 1971, and EACTS in 1986. To enhance scientific communication, both societies launched their own journal and Hans became the editor-in-chief for both.

Hans Borst was born on October 17 in 1927 as the son of Max Borst, late Professor of Pathology at Munich university. In early 1945, he was drafted into the Luftwaffe, the German Air Force and subsequently spent 6 months in a British POW-camp. Upon returning home, he continued his studies and graduated in 1947. As a requirement before starting medical training at Munich university, Hans Borst had to work for six months as a construction labourer. After completing his preclinical training, he was granted a stipend to study at Harvard Medical School in the US, where he graduated in 1953. Supported by Frank Gerbode, a pre-war assistant in his father´s institute in Munich, he became an intern in the Department of Surgery at the old Stanford Hospital in San Francisco, before completing a two-year fellowship at the Department of Physiology, Harvard School of Public Health in Boston.

Returning to Germany in 1956, he moved to Rudolf Zenker’s clinic in Marburg  and was given responsibility for operating the heart-lung-machine, including the first time it was used successfully to close an atrial septal defect in Germany on 18th February 1958. 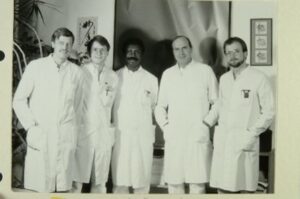 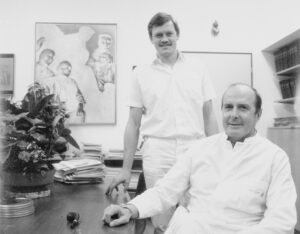 Borst with his successor Axel Haverich, 1988

As the possibilities offered by heart surgery unfolded, Hans became convinced about the enormous potential of heart surgery for the treatment of conditions such as coronary artery disease and the management of heart attacks, which were the most common causes of death in western countries even at that time. 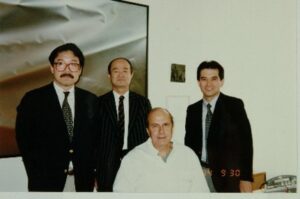 In 1968, he was appointed Professor of Surgery at the Hannover Medical School. This was the time when Christian Barnard hit the headlines internationally with the world’s first heart transplant operation. Borst visited the Groote Schuur Hospital in Cape Town with a Munich delegation to familiarise himself with Barnard’s surgical procedures and treatment protocols. Not least because of this experience, Hans Borst saw a future surgical field in organ transplantation.

Borst was constantly devising techniques and important surgical innovations to improve patient outcomes.  Inspired at congresses, read in magazines or born out of his own creativity, Hans Borst always had the urge and courage to design and carry out better interventions.. For some procedures, the risk halved during his time as a surgeon, for others, such as bilateral lung transplantation, it fell to a fifth.

His spirit and innovative strength were transferred to his younger colleagues. He constantly encouraged dedicated assistants to examine this and test that, or to visit other centres.

He entrusted inexperienced co-workers with graduated steps of the surgical procedure under his supervision and left the responsibility to younger ones if he left the operating table early. Whether through impatience or by design, that concept worked.

Loss of a leader

With the death of Hans Georg Borst, his students have lost a charismatic teacher and a role model whose uncompromising responsibility for the wellbeing of individual patients in clinics and research are written in letters of gold. His tireless commitment to the medical and academic advancement of his staff has given many the opportunity to adopt his high standards for their own surgical work.

With Hans Georg Borst we are all losing a leading figure in European surgery of the last century.

For the community of surgeons, even during his lifetime, he was a monument at a special time.

Hans, we will not forget you, we will keep the memory of you and your legacy with honour. 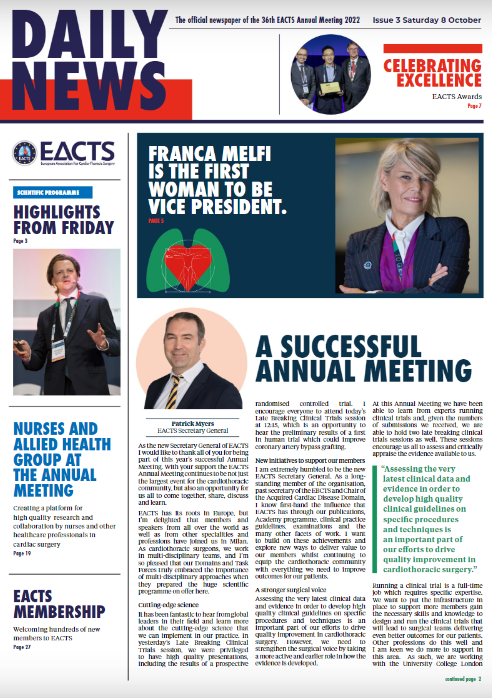 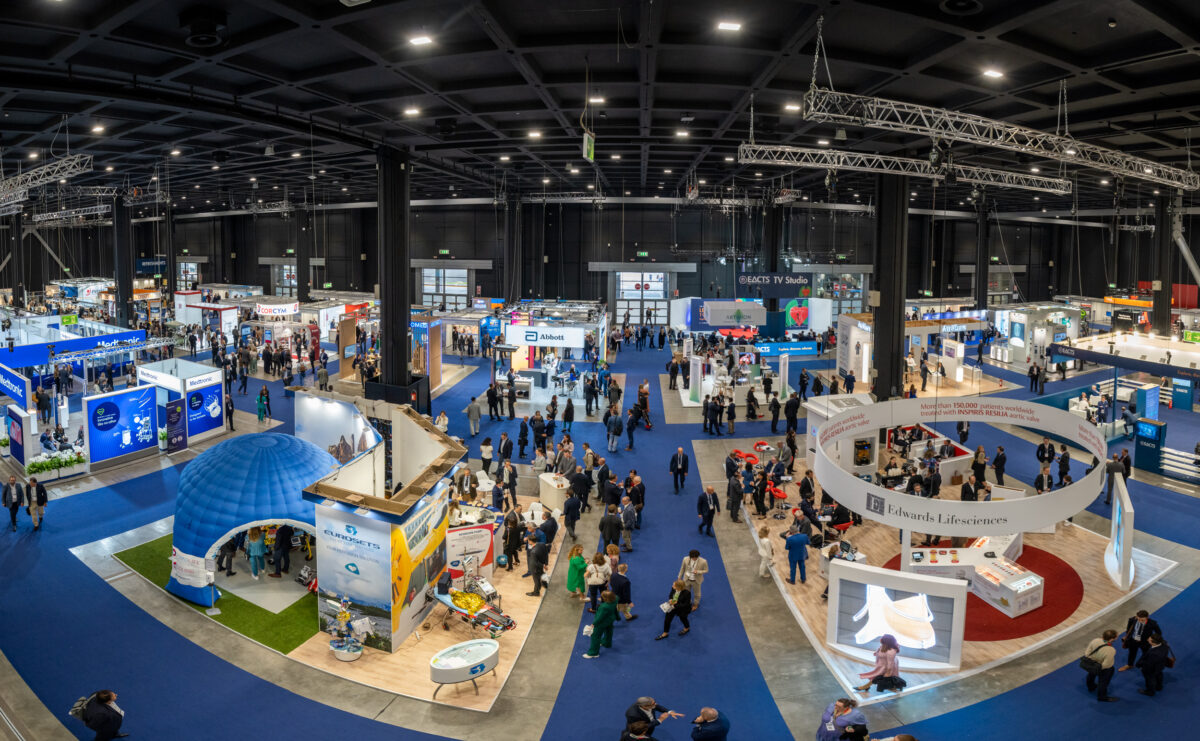 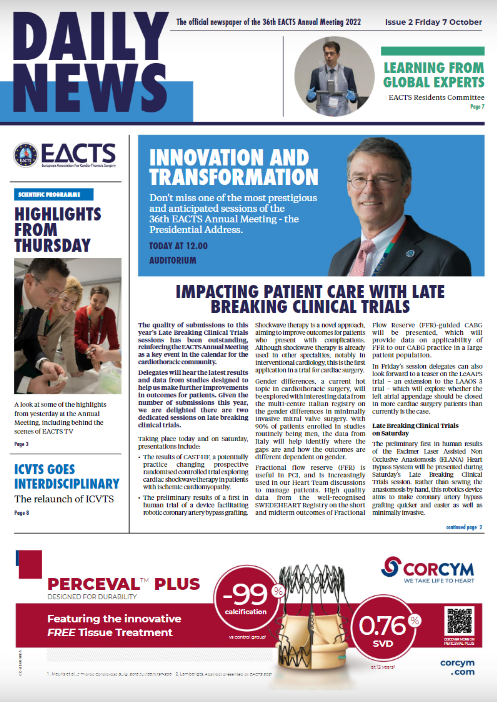 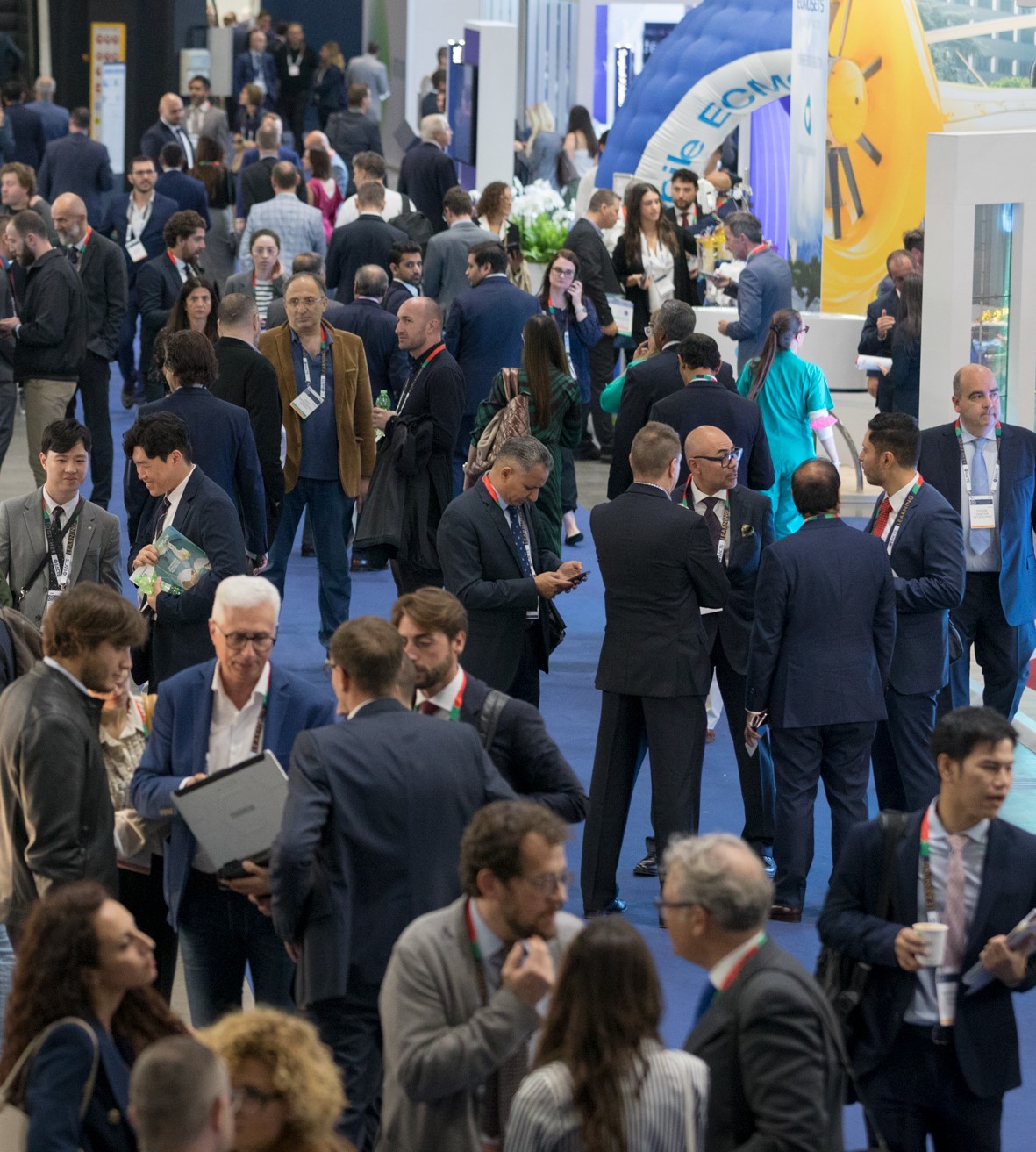 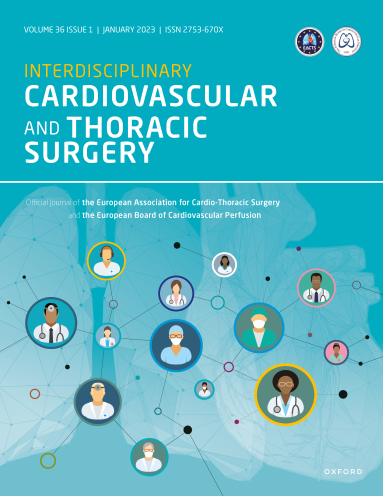 We’re thrilled to announce ICVTS – the fully open access, online journal published by EACTS – will relaunch in January next year as the Interdisciplinary CardioVascular and Thoracic Surgery journal.

“The Journal aims to bring all those involved in cardiovascular and thoracic research together, focusing on the treatment of a disease condition rather than accepting the status quo of researchers conducting research in different silos on the same pathology.” 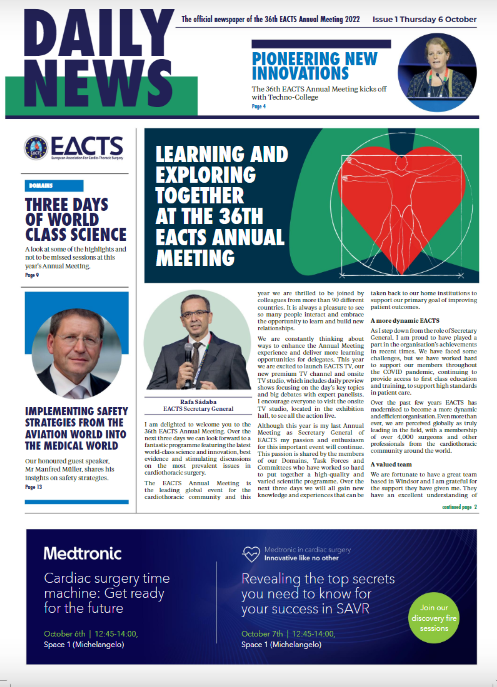