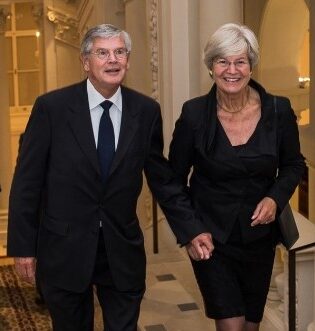 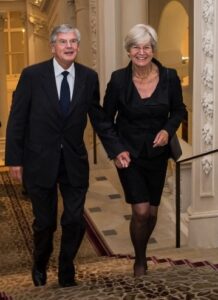 EACTS is saddened by the loss of Hans Huysmans on 25 August 2021. Professor Hans Huysmans was one of the founding fathers of our Association.

Hans was born into a family of doctors and started his career in general surgery. As a general surgeon he performed thoracic and also some cardiac procedures. He was then appointed as a professor of cardiothoracic surgery in Utrecht, the Netherlands. This was in the early days of heart surgery and our specialty was struggling to become a discipline that was independent of general surgery. In 1979 Hans switched to Leiden University where he was appointed as Gerard Brom’s successor. Professor Huysmans remained head of the department of cardiothoracic surgery in Leiden until 1998.

Hans Huysmans has contributed much of his energy to the development of cardiothoracic surgery as an independent specialty, not only in his home country but also at a European level. Apart from being one of the founding members he was EACTS president from 1989-1990. Hans worked particularly hard to create a robust training programme for EACTS. The European Board of Thoracic and Cardiovascular Surgery (EBTCS) was founded in 1995 and is now a well-respected training programme with examinations in all different subspecialties of cardiothoracic surgery.

Personally, I was accepted by him as a trainee in cardiothoracic surgery in Leiden, something that I have never regretted. Hans Huysmans was a technically gifted and universal surgeon with an endless patience for his residents. He supported his trainees as much as he could and was always friendly. Until the very end Hans continued to show a keen interest in our specialty. We will miss him and wish Anne-Marie and his family our sincere condolences and best wishes.